From Resilience to Running 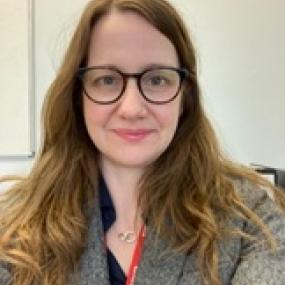 Dr Christine Watson is a Committee member of the WICM group. She is a Consultant in Critical Care at Nottingham University Hospitals NHS Trust. In her spare time she likes to spend time with her family, sing, bake and run. Twitter @Dr_CWatson.

Hands up if over the last 2 years you have come to physically shudder when anyone mentions the word ‘resilience’? It’s a word that has gone from relative obscurity to being used so ubiquitously that I’m not sure we really know what it means any more, either to us as healthcare professionals or working within the wider NHS.  Don’t get me wrong, I don’t think that resilience in its truest form – the ability of individuals, communities or organisations to continue to function relatively normally despite adversity – is a bad thing; I just think that all too often an individual’s perceived lack of ability to ‘bounce back’ when adversity comes their way is used to paper over the cracks of wider system failures.

At some point we have lost our way and resilience has become more a quantifiable performance metric and less an affirmation of emotional strength.

Like many others, for me the last few years have been challenging both professionally and personally and consequently I have found my own personal ‘resilience’ being stretched to breaking point and beyond.

What I have discovered is that even the most resilient people have their limits.

This, I think is probably my most important lesson, perfectionism is not resilience. Being able to silence your inner critic enough to demonstrate enough self-compassion and self-awareness to say “I can’t do this thing today” or “I need help with this…” is not a weakness, it’s a strength.

The second lesson is that finding time away from work and family just for me is ok.

And for those of you wondering where the title comes from, this is where the running comes in.  I’ve discovered that running is really really good for both my health and (shudder) wellbeing for all sorts of reasons.  I know, I know – I’m late to the party – the positive physical effects of running have been well documented for years but what do we know about the positive effects of running and physical activity on mental health?  The answer is it’s complicated – when you look at the literature it is clear that there are a vast number of neurophysiological and neurochemical changes which take place after just a single bout of acute exercise across widespread areas of the brain.  Most studies show that “the three most consistent cognitive/behavioural effects of a single bout of exercise in humans are improved executive functions, enhanced mood states, and decreased stress levels”[1]. What is less clear is the longer term impact of exercise on mental health outcomes, limited in part by the large variability in reported outcome measures across research studies[2].

Believe me when I say I am not an enthusiastic runner – I do not bound out of the door looking and feeling perky and full of life with every step. No. In fact I will do pretty much everything I can to get out of going for a run (just ask my husband). Then, when I am running, for at least the first 5-10 minutes all I want to do is stop. Every. Single. Time. There are smug athletic people out there (you know the type) who keep telling me it will get easier: it hasn’t.  But that hasn’t stopped me, because even though I look like an overripe sweaty tomato (see below) and even though I have never ever experienced this fabled runner’s high that everyone tells me about there is nothing that seems to reset and regulate my autonomic nervous system like running.  Also, there are times during some runs when I feel like my head is clear and I’m flying and that makes all the rest worthwhile. 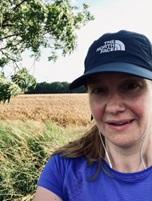 I keep plodding on, even though I’m not fast, and even though I’ve had to restart Couch to 5K many, many times, because for me running works. I hope you have found your thing – whatever it might be, but if not, I can highly recommend it.

So, I will get on and submit that half marathon entry that I’ve been talking about for a few weeks and honestly, I will take that over corporate resilience training any day.